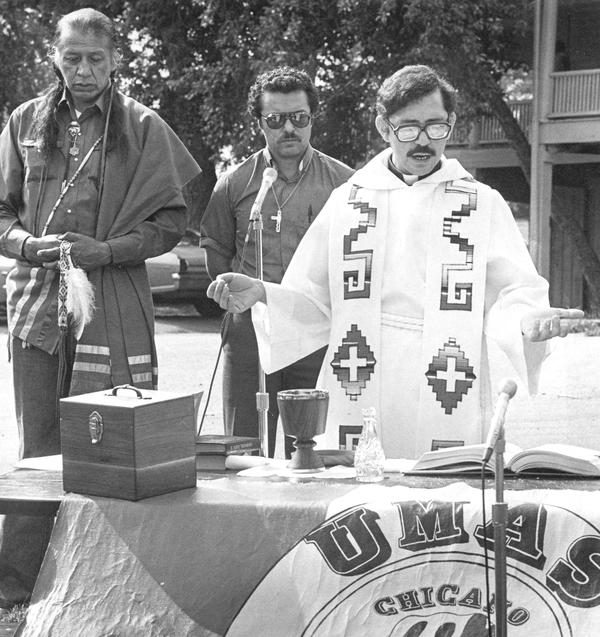 Boulder’s bombings. Six Chicano activists (known as Los Seis de Boulder) were killed in two separate bombings. These crimes have never been solved and some believe they were perpetrated by the FBI.

On May 27th, 1974 a bomb went off at the Chautauqua Auditorium, killing three people. Two days later a second bomb went off at a Burger King on 28th Street, killing three more people and severely injuring an additional person. The victims ranged in ages from 20-31 and were all associated with the Chicano Movement at the University of Colorado at Boulder.

Originally a negative word, Chicano was used to describe people of Mexican descent. In the 1960s the word Chicano was repurposed and the Chicano movement began to gain prominence. The movement was particularly active in the Southwest region of the US including in Boulder. Chicano enrollment at CU swelled, growing from just 50 in 1968 to 1,500 in 1972. Many of those students took issue with the way they were treated at CU and in 1974 they were left waiting for months for financial aid checks. Before the bombs Chicano students took over a building on campus for 3 weeks as part of a protest.

Because all of the bomb victims were associated with the Chicano movement there was a feeling amongst many of those in the Chicano movement that the bombs were perpetrated by the government. The suspicion fell in particular on the FBI who had been called to help with the case. The FBI program called COINTELPRO (Counterintelligence Program) was active in the 1970s and was known for That program surveilling and infiltrating civil rights groups such as Black Panthers, American Indian Movement, Weathermen, Puerto Rican Independence Movement. The program even surveilled Martin Luther King.

The official finding of the Boulder police department is that both bombs were accidentally detonated by the victims. They believe that the bombs were supposed to be placed in various locations to make a statement perhaps in conjunction with the other Chicano protests. The FBI files on the case were lost in a Kansas City fire, which further confirmed some people’s theory of FBI involvement. The case remains unsolved to this day.

There is now a sculpture honoring Los Seis by CU student Jasmine Baetz. It is unclear if it will be a permanent memorial but it is currently in a small green space in front of Temporary Building 1, next to Sewall Hall on the CU Boulder campus.

The Victims-
Reyes Martinez (26) who was an attorney who graduated from CU
Neva Romero (21) who was a junior at CU
Una Jaakola (24) who was a graduate of CU
Florence Granado (31) who had attended CU
Heriberto Teran (24) who was a former CU student
Francisco Dougherty (20) who was studying pre-med at CU
Antonio Alcantar was injured in the bomb, he lost a leg