everything you need to know, right here

DONATE TO THE COLLECTION

Gold was discovered south of Denver, stimulating the Pikes Peak Gold Rush. The first Anglo-European settlers arrived at the mouth of Boulder Canyon, breaching the borders of Arapaho territory as defined by the Fort Laramie Treaty. Chief Niwot granted the group the right to spend the winter and then leave, but the settlers did not honor that agreement to leave.

Gold was discovered near Gold Hill, west of Boulder, and the Boulder City Town Company was formed on February 10 and Boulder became a supply base for the miners. The town grew to a population of 343 by 1870, with these settlers defying the terms of the Fort Laramie Treaty. The first irrigation ditch in Boulder County was dug, and coal was discovered in the Marshall area southeast of Boulder.

The Congregational Church began to build and move to 11th and Pine Street, at the site of what is now the Carnegie Library, next door to the Museum of Boulder. The hillside spot was chosen so that the bell tower (the County’s first) would be visible to residents for miles around. 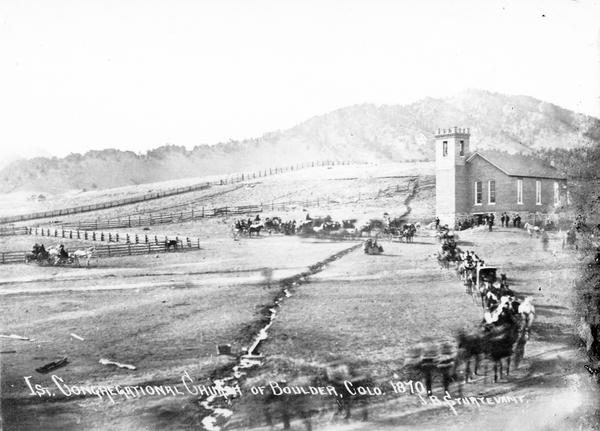 Chief Niwot and an estimated 70–500 Native Americans, about two-thirds of whom were women and children, died at the hands of Colorado troops, including officers and men from Boulder, at the Sand Creek Massacre. Colonel John Chivington gained infamy for leading a 700-man force of the Colorado Territory militia at the massacre in November 1864.

The Boulder City Town Company had been formed by a settler, A.A. Brookfield, in February 1859. At that time, the settlement was part of the Nebraska Territory. In 1861, a federal bill established the Territory of Colorado. The town was initially incorporated in November 1871 in violation of the Treaty of Fort Laramie. In 1880, the town passes the 3,000 population mark, making it eligible for incorporation, and in 1882 Boulder is officially incorporated as a 2nd class town.

Colorado became the 38th state on August 1. Known as the Centennial State, it was incorporated 100 years after the signing of the Declaration of Independence.

The University of Colorado opened on land donated by prominent residents. CU’s first graduating class consisted of men in 1882 and the only building on campus was Old Main. State Preparatory School (later Boulder High) was founded as part of University because of a lack of adequately prepared high school graduates. 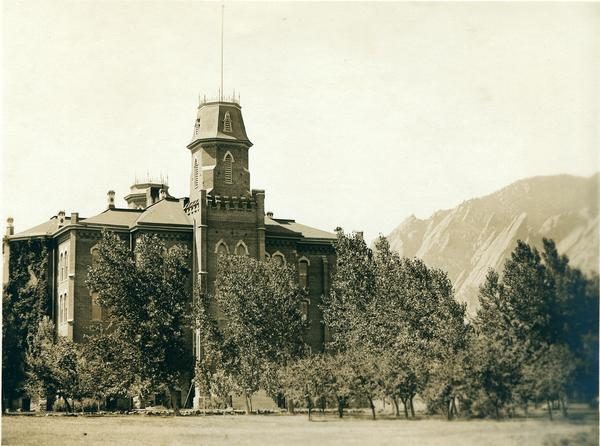 Mary Rippon was appointed first woman professor at CU, making her the first female to teach at a state university in the country. 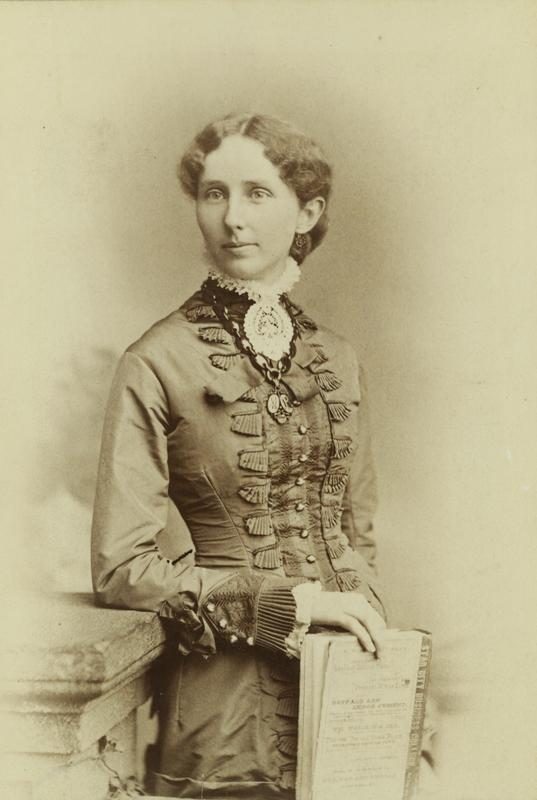 The Boulder Camera was founded to cover local news and became a daily the next year. Still in publication, today it is known as the Daily Camera. 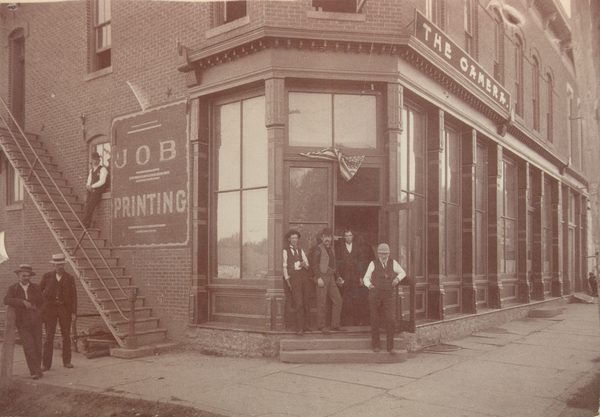 Women in Colorado won the right to vote, 26 years before the passage of the 19th Amendment, due to a powerful statewide organizing effort in advance of the popular referendum.

Sixty straight hours of warm Spring rain combined with a rapid snowmelt to create a 100-year flood that ravaged Boulder. The floodwaters covered most of the town, inundating much of downtown, destroying buildings and bridges. Boulder was split in two as transportation and communication services were knocked out. Reconstruction began soon after the flood but proved an arduous process. 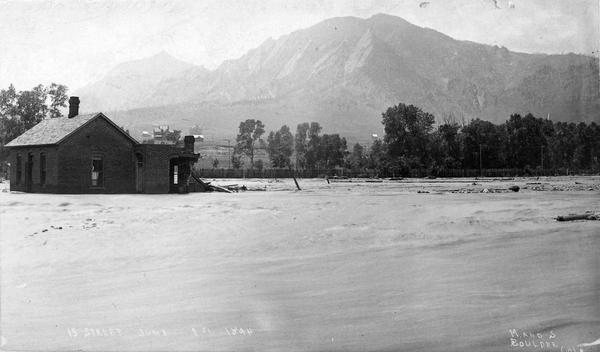 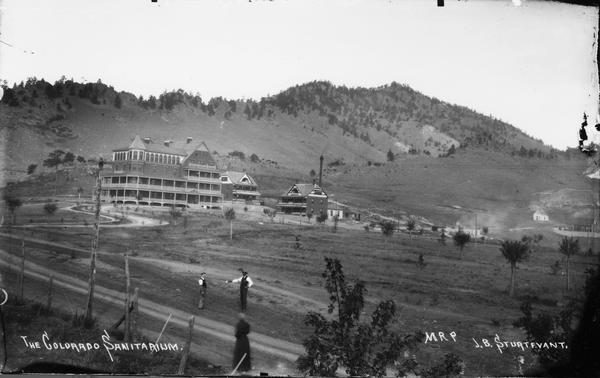 Boulder’s 311 Mapleton property at the base of Mt. Sanitas has long had a healthcare focus: before it was Boulder Community Hospital’s Mapleton Center, and before it was Boulder Memorial Hospital, it was a sanatorium. Patients at the sanitorium rested in wheelchairs as they took in the scenery and fresh air of Colorado. Founded in the 1890s by the Seventh-Day Adventist Church and Dr. John Harvey Kellogg (yes, the Kellogg we now associate with cereal), the sanitarium emphasized exercise (including hikes up Mt. Sanitas), alternative treatments like electroshock and hydrotherapy, and the power of a good diet. On the advice of Dr. Kellogg, patients ate strict vegetarian diets and an abundance of cereals and grains. In fact, an on-site factory produced the corn flakes and other health foods for which the Kellogg Company is now known.

Many early patients at “the San” had tuberculosis, the “White Plague” that Americans so greatly feared in the 1800s. Doctors believed that sunshine, fresh air, and altitude were essential to treating the disease, and encouraged tuberculosis patients to move from the humid climate of the East Coast to the drier climate of Colorado. As sanitariums sprang up throughout the state, Colorado’s reputation as a Wild West frontier gave way to a reputation as a healthy and health-conscious area. However, Colorado’s sanatoriums–including “the San”–stopped taking TB patients in the early 1900s after scientists discovered that the disease was communicable rather than hereditary.

The sanitorium continued to treat non-tuberculosis patients and to develop new treatments and facilities. By 1962, the Sanitorium became Boulder Memorial Hospital and merged its natural remedies with medical departments that utilized the newest technologies. Boulderites today continue in the health-conscious vein of the sanitorium and its successors, taking advantage of both healthcare technology and clean eating, exercise, and alternative therapies to ensure their health is the best it can be.

The Colorado & Northwestern Railroad route between Boulder and Ward was named “The Switzerland Trail of America”.  It operated until 1919.

Boulderites approved a $20,000 bond election for the Texas-Chautauqua Auditorium.  Now the Colorado Chautauqua, it hosts lectures, live music, and silent films, and includes the Chautauqua Dining Hall and short-term lodging at the base of the Flatirons. It was designated a National Historic Landmark in 2006. 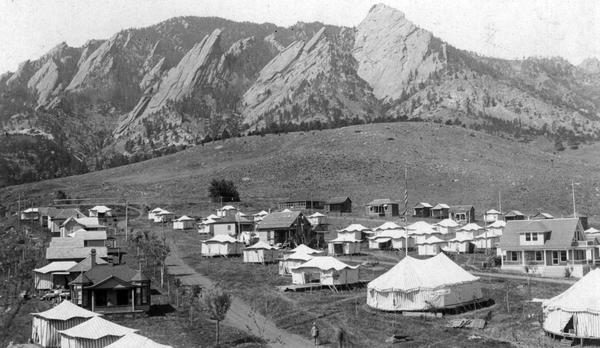 Boulder’s request for 1,800 acres of mountain backdrop/watershed extending from South Boulder Creek to Sunshine Canyon was approved by Congress.

Tungsten was discovered in the mountains west of Boulder.  The ore’s value soared, especially when the country’s entry into World War I greatly increased demand. By that time Boulder County was the world’s leading producer of tungsten ore.

The Boulder oil field was discovered on what is now the Diagonal Highway near the Airport.  It was the first field in what is now a vast oil & gas producing area, the Denver-Julesburg basin.

City ordinance made it “unlawful for any person to ride or drive within Boulder at a rate of speed in excess of 6 miles per hour.”

The Carnegie Library was built with money donated by steel tycoon Andrew Carnegie in response to a request from local organizer Clara Savory. Located at 1125 Pine Street, the building was modeled after Greek architecture, reflecting Boulderites’ opinion of their town as the “Athens of the West.” It is now he Carnegie Branch Library for Local History, housing the collections of the Boulder Historical and Genealogical societies. 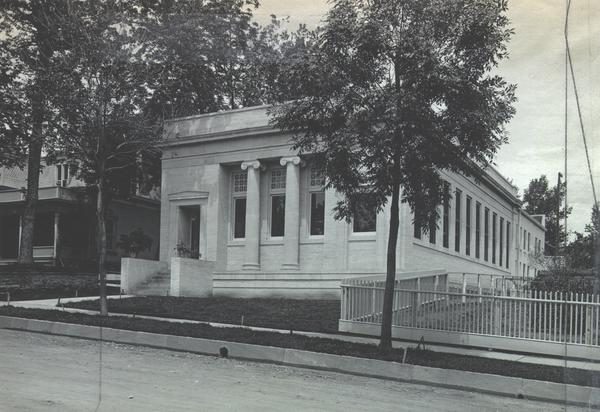 Boulder passed an anti-saloon ordinance, due to a powerful female-led Prohibition Movement. The City did not officially overturn this measure until 1967, although 3.2% beer was legal beginning with the end of Federal Prohibition in 1933. 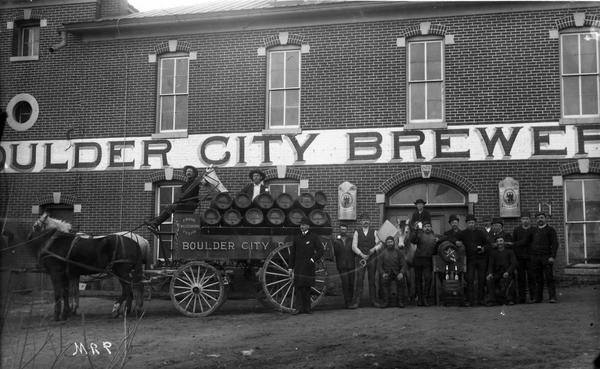 Ivy Baldwin made a record-breaking high wire walk on a cable stretched 565 feet high across Eldorado Springs canyon. Now, rock climbers from around the world are drawn to Eldorado Springs, the Flatirons and Boulder Canyon.  Many of the country’s greatest climbers call Boulder home. 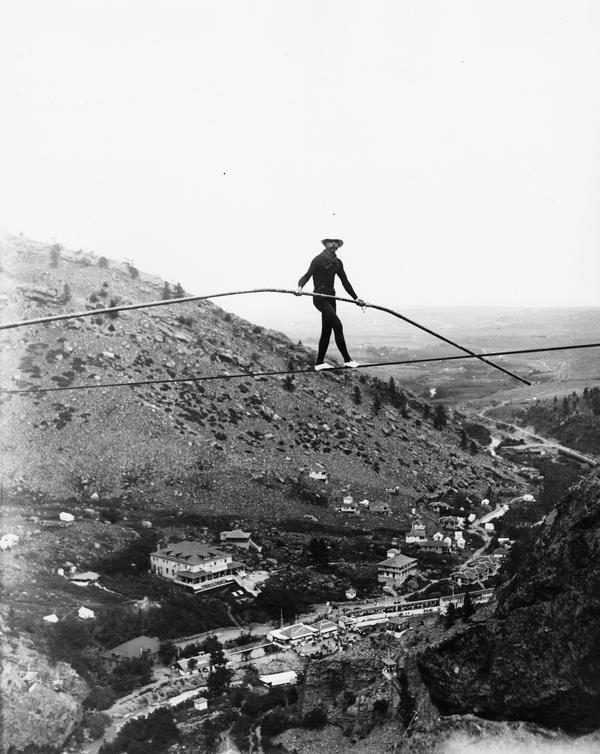 The electric Interurban train made its first run between Boulder and Denver. Its last trip was in 1926. (view of train in Denver) 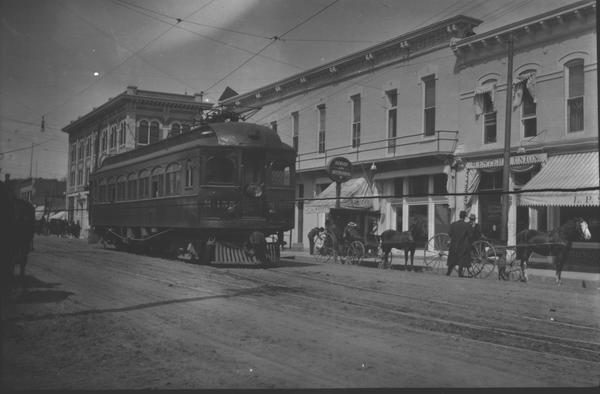 The Boulderado Hotel opened for business on New Year’s Day. The city’s first luxury hotel, it is still welcoming guests in an elegant, historic setting. 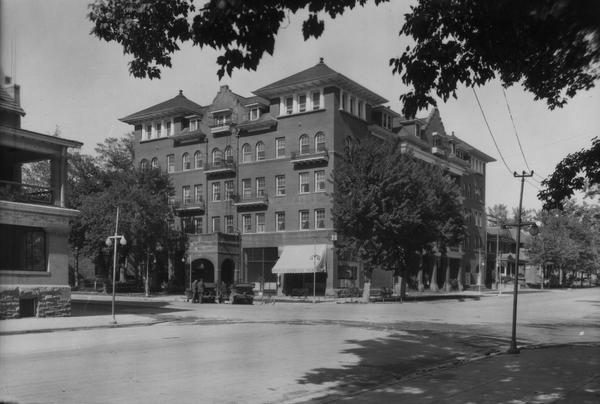 3,000 coal miners in Boulder County went on a strike that lasted five years. Fights and other sporadic violence between striking miners and scabs became commonplace requiring patrols by deputies in the Boulder County mining community of Lafayette.