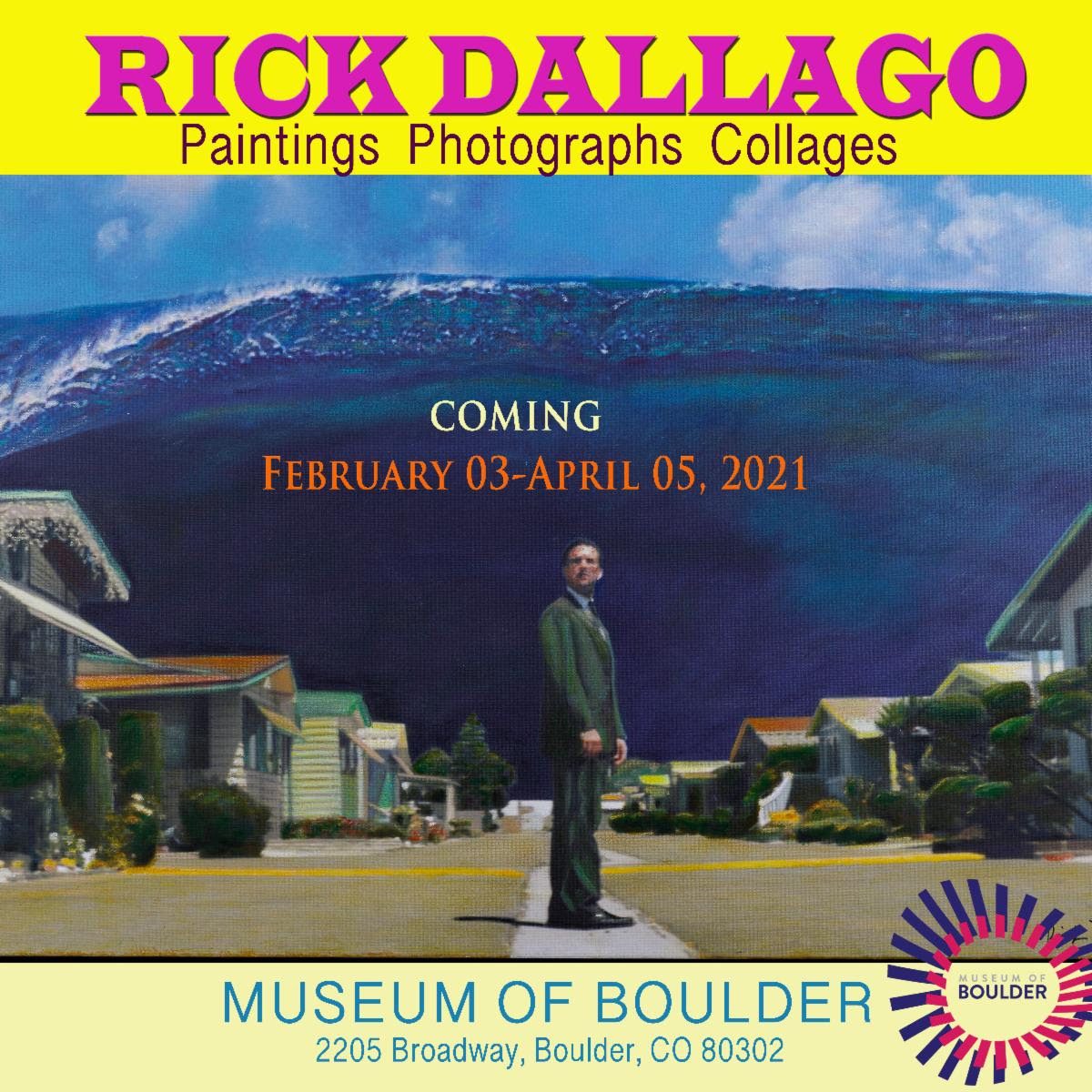 RICK DALLAGO, a Boulder-based artist and film producer, will be exhibiting his paintings, photographs, and collages in a solo show at THE MUSEUM OF BOULDER from February 03 to April 05, 2021. Rick’s photorealistic oil pastel paintings are often satirical, socially relevant, and humorous. He considers himself a “modern day Norman Rockwell.”

“Common places never become tiresome. It is we who become tired when we cease to be curious and appreciative. We find that it is not a new scene which is needed, but a new viewpoint.”
― Norman Rockwell

The Museum first sought Rick Dallago’s viewpoint in its exhibit, Since March in 2020, an exhibit that captured various stories, voices and images of the multitude of experiences the world, nation and Boulder in particular, was moving through as the pandemic invaded and social unrest escalated.

Rick was raised in New York City and lived in Hollywood, CA for 30 years. Since relocating to Boulder last year, Rick’s work won first place awards in the 2020 National Fine Arts Show, Loveland, CO and in the Home Together Exhibit, Boulder, CO.

His paintings have appeared at R GALLERY and RAYBACK COLLECTIVE in Boulder and in Denver- D’ART, DENVER ART SOCIETY, IMPROPER CITY, ODELL BREWING COMPANY, and MILLERS & ROSSI. He is the co-creator of the recent AVALON ART FESTIVAL, a monthly art fair coming back to Boulder in Spring 2021 and he hosts “11 at FIVE,” a weekly VIRTUAL ARTIST CRITIQUE every Saturday morning for the Boulder Art Association. He also curates artwork for several local restaurants. Rick recently headed the artist selection committee for Colorado Chautauqua’s 2020 WinterFest, which features 15 Bear Statues designed by 15 Colorado artists displayed at The Chautauqua Historic National Landmark until they are auctioned on May 01, 2021.

Rick’s films include: BLUE CRUSH, INTO THE BLUE, CRAZY/BEAUTIFUL, TURISTAS, CHEATERS and THINGS BEHIND THE SUN—nominated for 5 Emmys and winner of the Peabody & Edgar Allan Poe Award. Prior to producing, Rick worked in various production capacities on FATHER OF THE BRIDES 1 & 2, THE DOORS, CITY SLICKERS 2, BABY BOOM, THE PICKUP ARTIST, ISHTAR, and more.