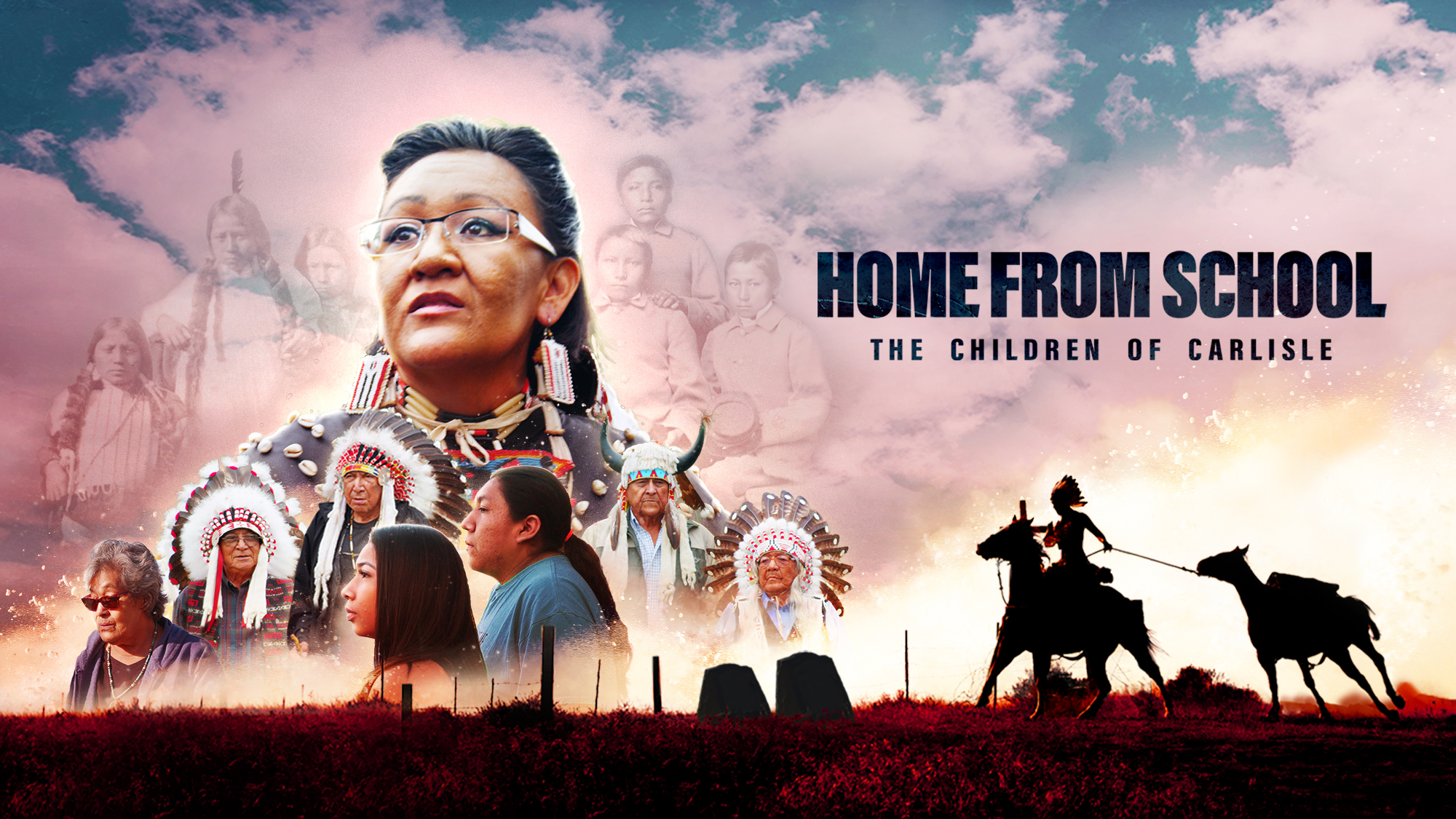 SOLD OUT – Screening of “Home from School: The Children of Carlisle” featuring Chairman Jordan Dresser

THERE ARE NO TICKETS LEFT TO THIS EVENT. With the permission of the presenters we will film the event and stream it free over Zoom, though note that watching a film over Zoom may be a challenging viewer experience. Meeting ID: 836 3449 3519 Passcode: 181664

If this is the type of programming you would like to see more of from the Museum, please reach out to our community outreach liaison, beverly@museumofboulder.org.

To move forward they must heal the past.

In 2017 a delegation of Northern Arapaho tribal members traveled from Wyoming to Pennsylvania to retrieve remains of three children who died at Carlisle Indian Industrial School in the 1880s. It’s a journey into the troubled history of Native American boarding schools and a quest to heal generational wounds.

“Kill the Indian in him, and save the man” was the founding principle of the U.S. government-run Indian boarding school program starting in the late 19th Century. The program removed tens of thousands of Native American children from their tribal homelands, and through brutal assimilation tactics, stripped them of their languages, traditions and culture. The students were forced through a military-style, remedial education. Most children returned emotionally scarred, culturally unrooted with trauma that has echoed down the generations. Many students never returned home, having died at the schools. Home From School: The Children of Carlisle dives into history of the flagship federal boarding school, Carlisle Indian Industrial School, and follows the modern day journey of the Northern Arapaho tribe as they seek to bring home the remains of three children who died at Carlisle over 100 years ago.

After the film, we will host a discussion between  Jordan Dresser and Jerilyn DeCoteau. Jordan is the associate-producer, Chairman of the Northern Arapaho Tribe, Museum of Boulder Guest Curator for The Boulder Experience, and longtime Museum of Boulder collaborator. Jerilyn is a new member of the Museum of Boulder Board of Directors and is past-Chair of the National Native American Boarding School Healing Coalition and an accomplished lawyer with the Native American Rights Fund. There will also be time for audience Q&A.