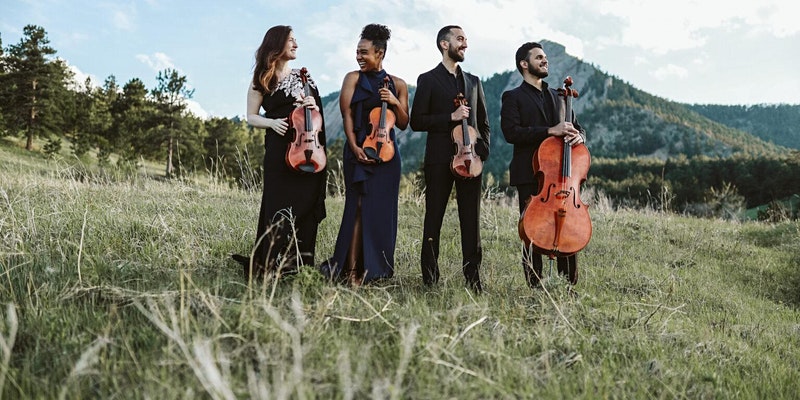 Altius Collective Concert at The Museum of Boulder

Carlos Simon: Warmth of Other Suns

Founded in Ann Arbor in 2016, the Ivalas Quartet is composed of violinists Reuben Kebede and Tiani Butts, violist Aimée McAnulty, and cellist Pedro Sánchez. Currently the quartet serves as the Graduate Quartet in residence at The University of Colorado – Boulder where they study under the renowned Takács Quartet.

Ivalas has performed with artists such as the Calidore String Quartet, Imani Winds, Danielle Belen, David Ying, and Patricia Terry-Ross. In January 2020 they had their Carnegie Hall debut when they participated as a young artist quartet at the 2020 Association of Performing Arts Professionals (APAP) conference in NYC. The quartet has also been heard on WRCJ 90.9 FM’s Classical Brunch series and appeared at the inaugural Detroit Music Weekend.