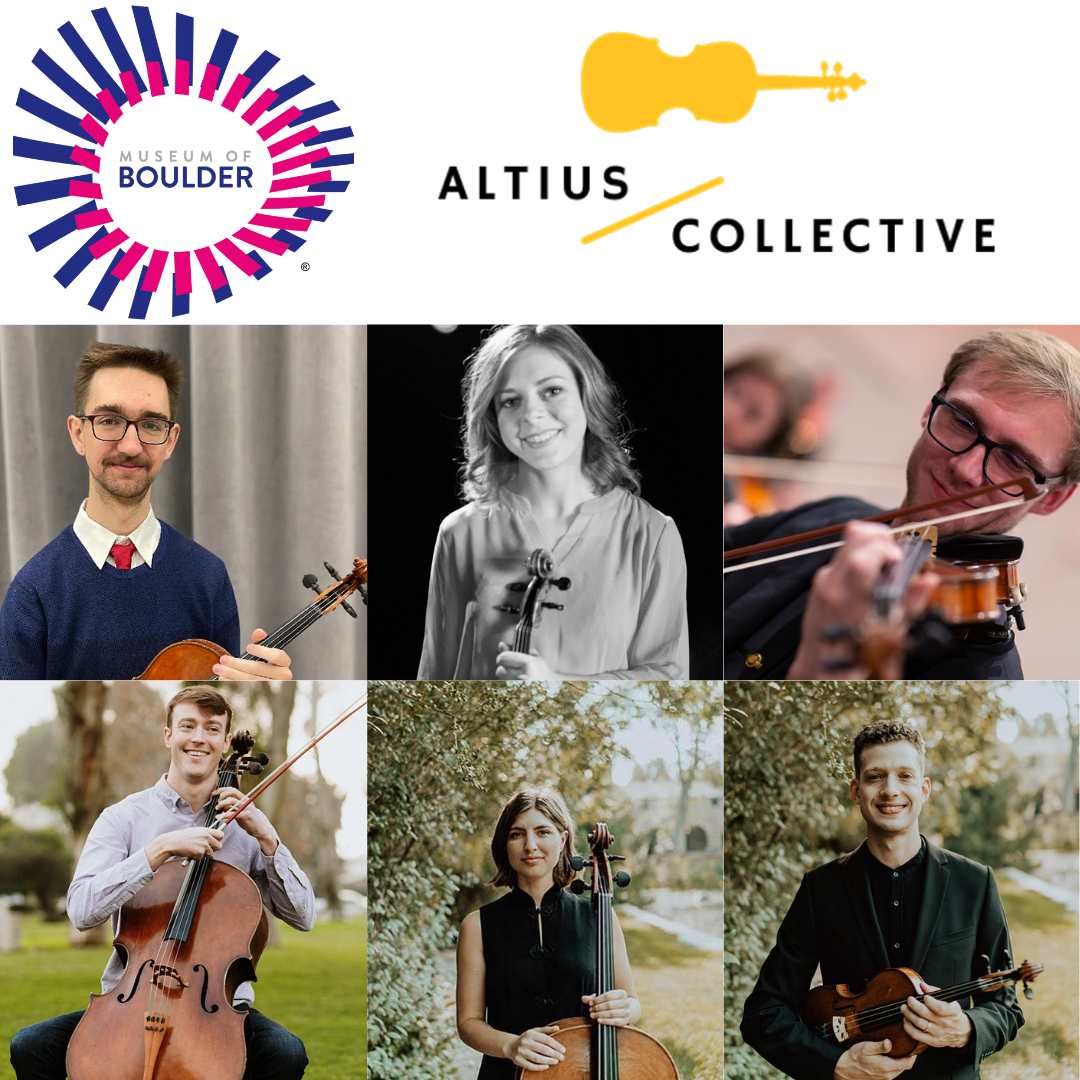 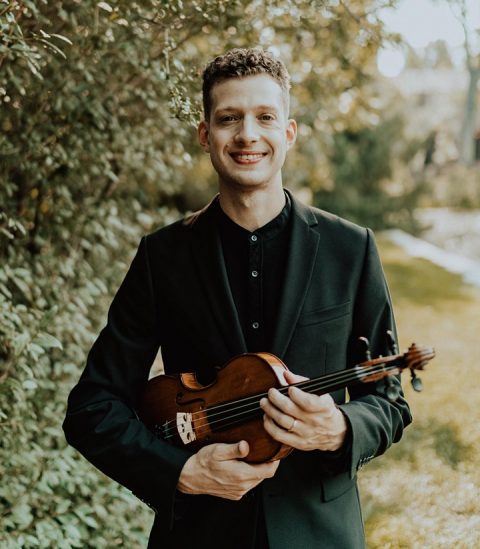 A native of Williamsport, Pennsylvania, Andrew Giordano began playing the violin at the age of five. He is currently a violinist and founding member of the award-winning Altius Quartet. As a member of the quartet, Andrew has won awards and toured internationally in Europe, Asia, and Australia.

Andrew holds a Bachelor of Music in violin performance from Indiana University where he studied with Kathleen Winkler, Federico Agostini, and Koichiro Harada. After graduating from Indiana, he went on to complete his Master of Music degree at SMU under the tutelage of Emanuel Borok. From 2014-2017, Andrew and the Altius Quartet were the Fellowship String Quartet-in-Residence at University of Colorado – Boulder and were mentored by the Takács Quartet. While at CU – Boulder Andrew studied privately with Edward Dusinberre and Károly Schranz of the Takács Quartet, as well as Charles Wetherbee and Harumi Rhodes.

Andrew plays on a 1928 Gaetano Gadda violin, on generous loan from Michael and Cathy Reaves. His bow is made by David Samuels. 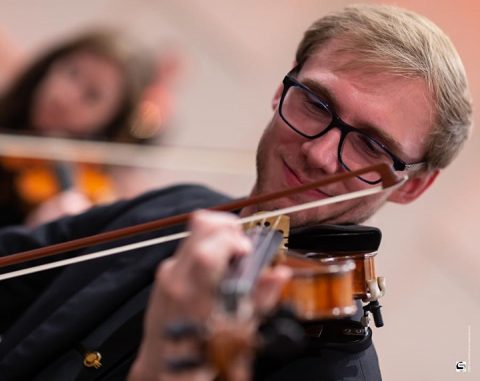 Ehrmantraut, a native of Bismarck, North Dakota, began studying violin in 2010 with Laura Prokopyk. In 2017, Ehrmantraut received his bachelor’s degree in violin performance from Concordia College studying with Dr. Sonja Bosca-Harasim, and in May of 2020 earned his

master’s degree in performance and pedagogy from the University of Colorado Boulder under Károly Schranz.

Prior to his tenure on the Front Range, he enjoyed performing with the Fargo-Moorhead and Bismarck/Mandan Symphony Orchestras. Presently, he is a section violin with the Greeley Philharmonic and Cheyenne Symphonies, Principal 2nd violin with the Boulder Symphony, and Concertmaster with the Longmont Symphony Orchestra. Chamber music also holds a special place in Ehrmantraut’s heart. Summers have seen him performing in North Dakota at Dakota Chamber Music, in Vermont at the Green Mountain Chamber Music Festival, and in Texas at the Round Top Festival Institute where his ensemble was awarded “Best of Chamber Music.” He has also appeared as a faculty mentor at the North Star Chamber Music Festival in Minnesota.

In addition to performing, Ehrmantraut sustains his passion for teaching as a private studio teacher, youth orchestra coach, and public school clinician. When not performing or teaching, Ehrmantraut enjoys the company of friends and loved ones, a good board game, and the occasional hardy scoop of vanilla ice cream. 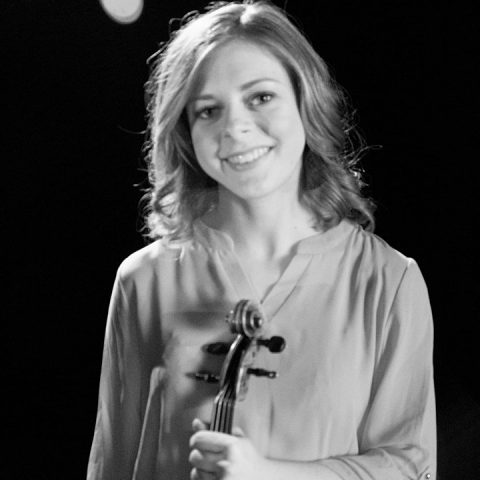 Erin Napier is a violist and teacher of violin and viola in the Denver Metropolitan area. As a performer, she currently holds the positions of Associate Principal Violist of the Greeley Philharmonic Orchestra, Principal Violist of the Boulder Symphony, and Section Violist with the Cheyenne Symphony Orchestra and Fort Collins Symphony. After earning a dual degree in viola performance and music education from the University of Michigan, Ann Arbor, she went on to complete her masters in viola performance and pedagogy at the University of Colorado, Boulder in 2019. Notable past appearances include the National Repertoire Orchestra, Round Top Festival Institute, Bowdoin International Music Festival and Brevard Music Center. Napier is also a fervent proponent for the visibility and dissemination of contemporary music. She spent several years performing in the Aepex Contemporary Ensemble, a collective based in Ann Arbor, Michigan whose focus is to promote classical compositions and composers of today’s moment, as well as music of underrepresented minorities within the classical sphere.

In addition to performing, Napier is a passionate educator, and works with many local schools and organizations in the area to foster the next generation of creative minds and musicians. 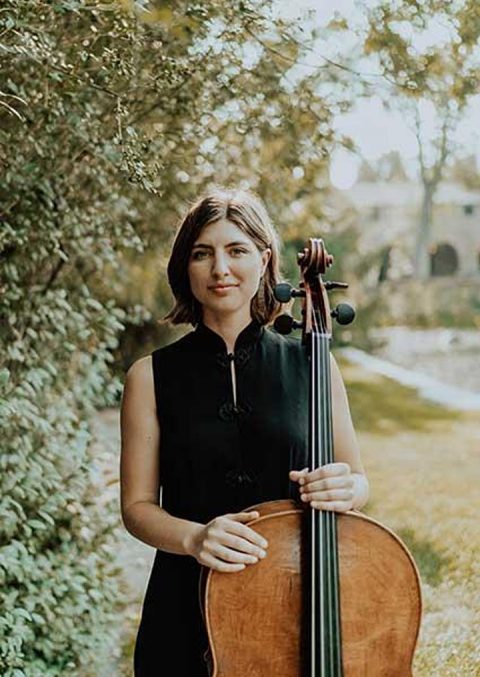 Currently based in Boulder, Colorado, cellist Erin Patterson brings intentionality to music making as a performer, mentor, and educator. Her career has led her across the US, Canada, and Europe.

Erin values education as one of the most important facets of her career. She is a Suzuki cello teacher and maintains an active studio in the Denver-Boulder area. With Altius, she has brought music to schools, prisons, retirement homes, cafes, yoga studios, and sensory friendly communities.

Erin holds degrees in cello performance from the University of Cincinnati College – Conservatory of Music and McGill University. Her most influential teachers include Alan Rafferty, Matt Hiamovitz and Avi Friedlander. When she is not teaching or performing, Erin enjoys spending time outdoors with her dog, Lilo, practicing yoga, and baking sourdough bread. 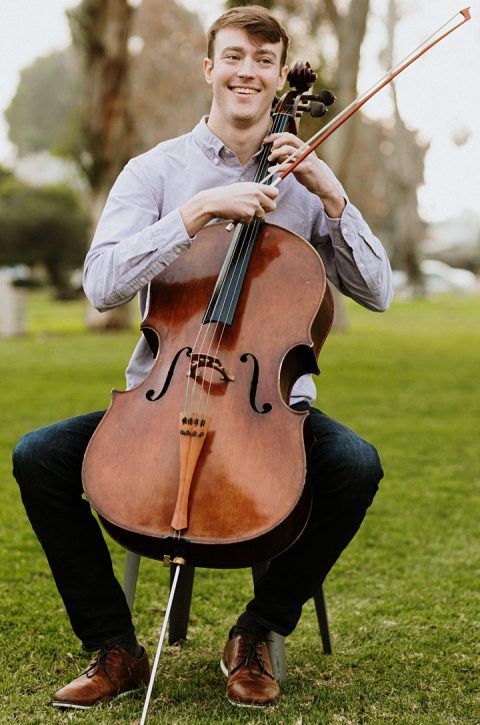 Zack Reaves is a highly sought after cellist, teacher, and arranger. His career has taken him around the globe and has consisted of diverse and innovative performances everywhere from Carnegie Hall to local cafes and brewpubs. His open-minded and collaborative approach to music has earned him praise among a wide range of audiences.

For seven years Zack served as the founding cellist of the Altius Quartet, which went on to receive many awards, including the Silver Medal in the 2014 Fischoff National Chamber Music Competition. He and the Altius Quartet served as the Fellowship Ensemble-in-Residence at the University of Colorado-Boulder where they were assistants to the world-renowned Takåcs Quartet. Altius became particularly well known for their inviting stage presence as well as their educational outreach programs for children.

As an orchestral musician, Zack has held leadership positions with the Boulder Philharmonic Orchestra and Oklahoma Virtuosi Chamber Orchestra. He has also performed with the Colorado Symphony, Colorado Ballet Orchestra, Oklahoma City Philharmonic, and the Long Beach Symphony.

A dedicated teacher, Reaves carries a strong philosophy of critical thinking and communication through music. He believes that anyone can learn to play an instrument and has taught cellists of all ages and skill levels. With over a decade of experience, he has taught at institutions such as Oklahoma City University, University of Colorado-Boulder, Denver School of the Arts, and

As an arranger, Zack has built a large catalog of songs arranged for strings that are frequently performed by ensembles around the globe. Recordings of his arrangements have received over two million streams on platforms such as Spotify and Apple Music and have been featured on many of the Candlelight Concerts throughout the US.

Zack’s discography includes recordings on the Centaur and Navona labels. In 2014, he performed on the debut album for the Los Angeles New Music Ensemble. He also released three albums with the Altius Quartet: Dress Code (2017), Shostakovich String Quartets Nos. 7, 8, & 9 (2017), and Quadrants (2019). 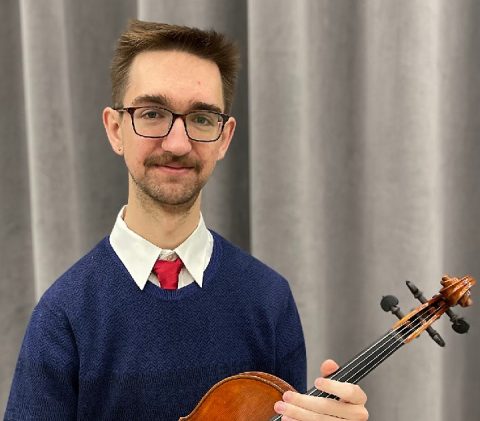 A native of Houston, Texas, Daniel Moore began playing viola in his middle school orchestra program. His affinity for the instrument led him to attend Houston’s High School for the Performing and Visual Arts, studying with Lawrence Wheeler. He then earned his bachelor’s and master’s degrees in viola performance at Vanderbilt University and Louisiana State University under Kathryn Plummer, and Elias Goldstein, studied for two years at Lynn University under Ralph Fielding, and is currently pursuing a Doctoral degree at the University of Colorado at Boulder with Erika Eckert. 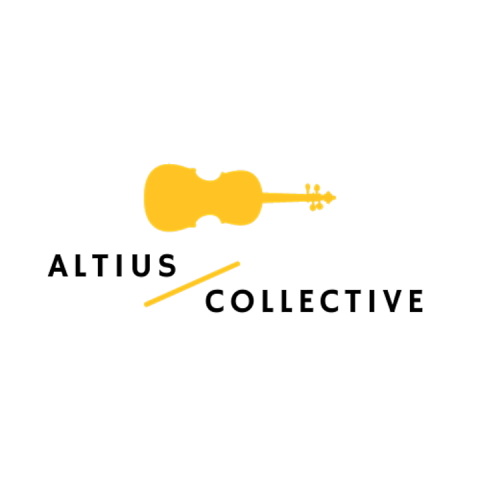