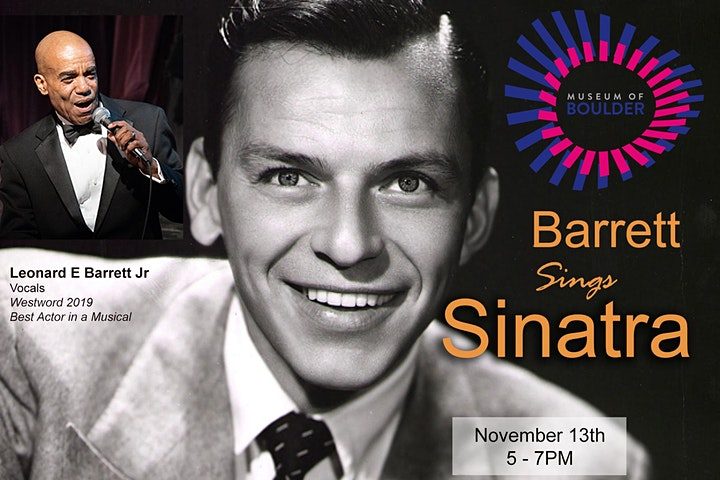 Please join us for an evening concert on The Museum Rooftop with snacks & beverages provided. We look forward to a pleasant evening on our rooftop with all of you!

Take a step back in time as Leonard E. Barrett Jr. performs some of the best known songs of one of the most popular and influential musical artists of the 20th century.

This is the “big band tracks” version…Nelson Riddle anyone?”

Frank Sinatra’s music, respectfully delivered, and a story that will take you from Hoboken, NJ to his resting place in Palm Springs, CA.

*All attendees are required to wear masks and socially distance. The Museum is adhering to all the COVID regulations implemented by the city and state to keep us all safe!

Collins, and of course, Phamaly productions at the Aurora Fox and the Denver Center since 2004. Frequent performer with the Colorado Symphony. 13 years performing on Atlantic City Casino Stages.

2009 Best actor in a Musical for Daily Boulder Camera and Westword, for his portrayal of Don Quixote in Man of la Mancha.

His favorite thing to do?